Matt Kelliher of Apple Valley is this year’s Minnesota Wrestling Coaches Association (MWCA) Mr. Minnesota of Wrestling. He will be honored at the MWCA Dave Bartelma Hall of Fame Banquet on Saturday, April 9th in Benson, MN.

The MWCA annually presents the Mr. Minnesota High School Wrestler award to the senior that best exemplifies the highest ideals of high school wrestling in Minnesota. Judging is based on past performances, citizenship, academics, leadership, and adherence to MSHSL rules. 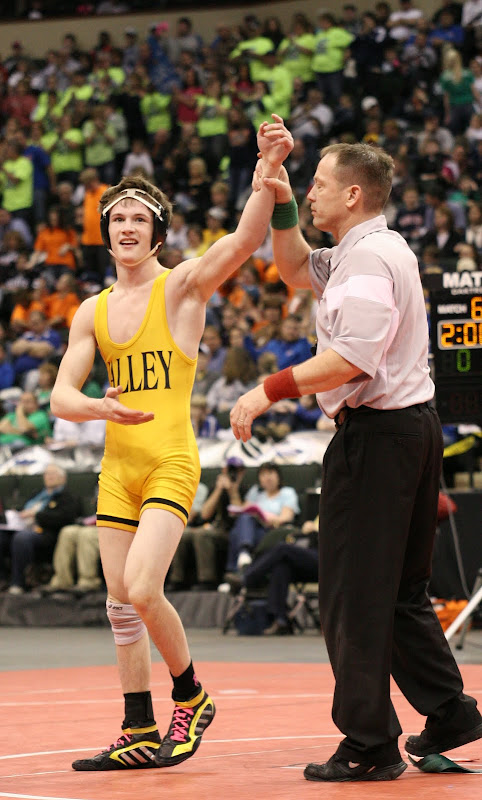 Kelliher was an Apple Valley team captain his junior and senior seasons and he helped the Eagles win state championships every year he competed for them.

Matt’s parents are Tom and Darla and his high school coach is Jim Jackson.

Also being honored at the Bartelma Hall of Fame Banquet will be Minnesota Head Coach of the Year selection Jim Jackson of Apple Valley, Assistant Coach of the Year Dave Pfaffinger of Blue Earth Area, and Lifetime Achievement honoree Dwight Burman of St. James.

Jackson and Pfaffinger, along with Kelliher now represent Minnesota as The National Wrestling Coaches Association’s State award winners and may be selected for further honors at the Regional and National levels.