ESPNU will re-air World Championships show with all four U.S. champs on Wednesday at 8:00 p.m. Eastern

ESPNU will re-air in primetime a two-hour show of the final three days of the World Wrestling Championships in Las Vegas on Wednesday, September 16 from 8:00 p.m. – 10:00 p.m. Eastern Time.

This episode will include coverage of all four U.S. wrestlers to win a gold medal this week at the World Championships in Las Vegas, to include:

The show will also feature a pair of World bronze medalists from Team USA, the exciting James Green at 70 kg in men’s freestyle, and the inspiring Leigh Jaynes-Provisor at 60 kg in women’s freestyle.

This is the same show which aired on ESPN2 on Sunday, September 13. 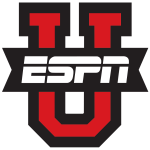 Fans who did not see the show the first time, or want to relive the major highlights for Team USA at the Worlds in Las Vegas, should take advantage of this re-airing and see six medal performances by American stars.

The announcing team includes veteran wrestling play-by-play announcer Jason Knapp, and 2000 Olympic champion Rulon Gardner, who will handle the color commentary. The sideline reporter will be Shane Sparks, one of the best in the business.

The world came to Las Vegas this week for perhaps the most successful World Championships ever hosted, with record ticket revenue of over $1.1 million, near sellouts the entire week, and an electric atmosphere in the venue. Enjoy one more chance to see the excitement of the World Championships on national television.