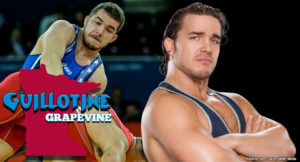 With his close friend and teammate Andy Bisek representing the Minnesota Storm in Rio for the 2016 Games, Gable breaks down what made Bisek rise from obscurity to be one of the best in the World and breaks down some of his own memories from London four years ago.