This year’s Women’s Wrestling Week kicks off on the first day of the 2017 WCWA Women’s College National Championships, which will be held at Oklahoma City University in Oklahoma City, Okla., Feb. 11-19. It is the 14th straight year that a college national championships in women’s wrestling has been hosted. Women’s wrestling is a sport which has shown impressive growth at the college level.

The focus of this year’s celebration will include the history of women’s college wrestling as well as the history of official state high school championships in girls wrestling. 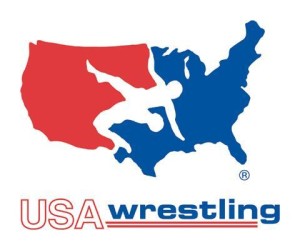 USA Wrestling chartered clubs have been encouraged to allow females of all ages to attend their practice free of charge during Women’s Wrestling Week. To find a club program in your area, CLICK HERE

In participating state associations, female athletes with prior wrestling experience who would like to participate in a USA Wrestling sanctioned event may do so on both weekends of February 11-12 and February 18-19. USA Wrestling extended the week to cover two weekends in order to provide even more opportunity for young women to try the sport.

Athletes who will attend practices or events with the complimentary membership are asked to confirm their attendance in advance with the club leader or event host before going to the activity.

Haley Augello, a member of the 2016 U.S. Olympic Team, will be competing for King University at the 2017 WCWA Women’s College National Championships in Oklahoma City, Okla. this weekend. Augello, a junior, is already a two-time WCWA national champion for King. A product of USA Wrestling’s age-group program in women’s wrestling, Augello was a Cadet World champion in 2011 and also competed on two U.S. Junior World Teams.

“I think it is important to celebrate a week of women’s wrestling. It is a challenging sport for both women and men. A lot of women and girls don’t know that women can participate in wrestling. This celebration can help open people’s eyes to the opportunities for women in wrestling that they may not know that they have,” said Augello.

Augello took a year off from King to train at the U.S. Olympic Training Center and made the U.S. team which competed in the 2016 Summer Games in Rio de Janeiro, Brazil.

“I took an Olympic redshirt year and made the Olympic Team. I had a tough time deciding if I would return to college. Now that I am back at King, I appreciate the huge opportunity I almost passed up. Women’s college wrestling is a great experience in a team environment. There is a humility that is taught to you being part of a team. What is also great is that I will get a college degree. Someday I may not be able to wrestle, but I can use my degree to make the world a better place. It is wonderful that young women can get the opportunity to compete in college, which opens doors for them later in their life,” said Augello.

Leaders within USA Wrestling and its women’s wrestling programs are looking forward to this year’s Women’s Wrestling Week.

“Women’s Wrestling is experiencing a very exciting time right now. The sport continues to grow numbers on all levels. The opportunities for young females to join our sport are coming on all levels of wrestling: grassroots, high school, and at the college and university levels as well. The landscape of women’s wrestling has been continually changing for the past 27 years in this country and around the world. What we are experiencing right now is bigger than we have ever seen. We can look back to our pioneers of the sport and thank them for starting a movement back in the late 80’s and early 90’s. It takes time to change attitudes and minds towards women in our sport. I’m not saying we are where we want to be but it is a very exciting and encouraging time for everyone,” said National Women’s Coach Terry Steiner.

“Wrestling teaches life lessons that nothing else teaches. You develop a work ethic which allows you to reap the benefits of your efforts. It is a team sport, but also very individual. When you are on the mat, you find out how well you have prepared. It has been exciting to see the growth and acceptance of girls wrestling over the last decade. Women’s wrestling is here to stay,” said Patricia Fox, chair of USA Wrestling’s Women’s Age-Group Council.

“USA Wrestling believes wrestling should be available to everybody, and is pleased by the growth and excitement surrounding women’s wrestling at all levels. Our goal is to reach out to more girls and women, and create new opportunities for wrestling to grow. Our sport has so much to offer young people, and we encourage families to have both their girls and boys to give wrestling a try,” said USA Wrestling President Bruce Baumgartner.

“This is one of our favorite weeks of the year, Women’s Wrestling Week! As a collective group, we get to rally, support, and promote female wrestling and amplify the message that girls can do anything. It’s always important to celebrate and promote wrestling opportunities for girls and women because wrestling is a sport for EVERYONE. The innate skills wrestling builds include: resilience, self-confidence, self-esteem, a positive mental mindset; stronger athletes physically and mentally leading to stronger communities, stronger families and, overall, a stronger nation. To grow the sport, we need more girls to show up to a practice and be given the opportunity to fall in love with the wrestling. Join us in providing that opportunity this week! I am asking each and every one of you to take a vested interest in what we know this sport can do, and how girls across the United States can benefit. Let’s get them wrestling! Join the movement, grow the sport!,” said Sally Roberts, Executive Director of the non-profit organization Wrestle Like A Girl.

As part of Women’s Wrestling Week, USA Wrestling will be providing daily features on American women’s college wrestling and girls high school wrestling through its media platforms. The stories aim to highlight the heritage of women’s wrestling in our nation and its tremendous potential for growth moving forward.

“These are exciting times for our sport. Never before in history has there been so much momentum to bring what has traditionally been called ‘man’s oldest and greatest sport’ to more girls and women. It is awesome to see so many young women and little girls provided the opportunity to experience wrestling. The number of women who have embraced the sport is infectious. This is a shining light for the future of wrestling around the globe. Women in wrestling, those past, present and in the future, are making a huge impact in our world,” said Rich Bender, USA Wrestling Executive Director.

There has been a number of major achievements within women’s wrestling in the United States since Women’s Wrestling Week in 2016. They include: