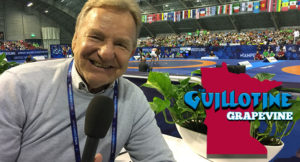 Supron won seven World and Olympic medals from 1974-1983. His chance of winning a second Olympic medal were dashed in 1984 as the Communist Block boycotted the 1984 Games in retaliation for the U.S.-led boycott of the 1980 Olympics in Moscow.