It will be a young but talented U.S. Senior World Team competing in the 2017 World Championships in Paris, France, August 21-26. 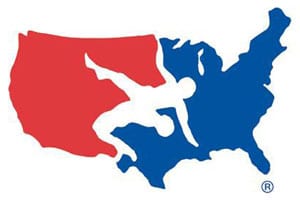 However, this team has vast international experience, as all 24 have represented the United States at a previous World Championships/Olympics on the Senior or age-group level, and 21 of them have won a World medal.

The average age of the 2017 U.S. World Team during the competition in Paris will be 24.5 years old. The youngest team will be the women freestylers, at 23.4 years old, while the men freestylers will be 23.8 and the Greco-Roman will be 26.2. The worldwide trend towards younger star athletes is alive and well in the United States.

Cox made his second-straight U.S. team, after making the 2016 Olympic Team and winning his first medal. Cox needed to defeat one of the most successful international wrestlers at his weight class, David Taylor, to qualify for the World Team.

On the men’s freestyle side, the newcomers are Zain Retherford (65 kg), Thomas Gilman (55 kg) and Nick Gwiazdowski (125 kg). Retherford, a 2017 Dan Hodge Trophy winner for Penn State, was a 2012 Cadet World champion while in high school. Gilman, a Junior World bronze medalist and Cadet World Team member, was a three-time NCAA All-American at Iowa. Gwiazdowski won two NCAA titles for NC State before turning his focus onto freestyle.

Among the women freestylers, Maroulis has won four World-level medals in her career. In addition to her Olympic gold, Maroulis was a 2015 World champion, 2012 World silver medalist and 2014 World bronze medalist.

The USA is bringing a talented volunteer coaching staff to work alongside USA Wrestling’s National Coaches in each style.

Wrestling fans can follow the event through a live stream as well as on a major national television network.

TrackWrestling and the Titan Mercury WC are partnering to provide the live stream from Paris. Fans can watch live and archived video by purchasing a single World Championship pay-per-view for a special promotional price of $9.99 by going to www.trackwrestling.com.

*All times listed are CST