Five area wrestlers were named to the 2017-18 Google Cloud Academic All-District® Men’s At-Large Team, selected by College Sports Information Directors of America (CoSIDA), recognizes the nation’s top student-athletes for their combined performances on the playing field and in the classroom. 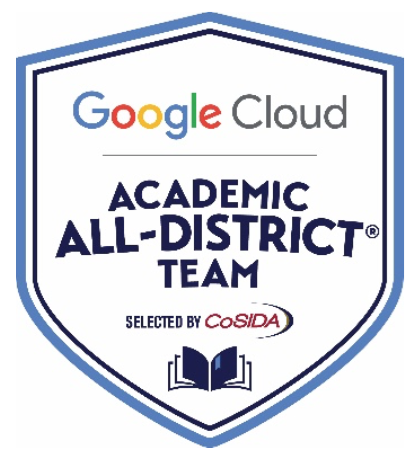 Ethan Lizak of Minnesota, a Schnecksville, Pa. native, is majoring in Kinesiology and has been just as outstanding in the classroom as he has been on the mat. He is a two-time National Wrestling Coaches Association (NWCA) All-Academic recipient and has been a part of the Academic All-Big Ten team each of the last two years. Lizak became the 53rd multiple All-American for the Gopher Wrestling program in March, and he was the Big Ten runner-up at 125-pounds. He won 30 matches for the second straight season in 2018, and he enters his final year of eligibility with 88 career wins, which is 52nd all-time at Minnesota.

Clay Ream of North Dakota State, a native of Wentzville, Mo., had a 3.977 grade point average in biochemistry and molecular biology. He is a three-time Academic All-District® selection. Ream competed in his fourth NCAA tournament appearance with a 1-2 record. He was 4-8 overall in NCAA competition. Ream compiled a 24-6 record this season including his second straight runner-up finish at the Big 12 Championships. He finished with 95 wins to rank No. 20 on the school’s all-time charts. Ream is a two-time Big 12 Conference Wrestler Scholar-Athlete of the Year and three-time Academic All-Big 12 Wrestling first team selection.

Brett Velasquez is a three-time All-American for St. Cloud State at 125-pounds. He earned CoSIDA Academic All-America honors in 2016-17 and is a two-time All-NSIC Academic award winner. The NCAA DII national champion at 125-pounds in 2016, Velasquez also gained All-America status for the Huskies with a third-place finish in 2017 and a fourth-place finish in 2018 at 125-pounds. A team captain, Velasquez was recently named an NSIC Butch Raymond Scholarship award recipient in 2018. Velasquez helped SCSU win the NCAA DII national team title in 2018. The Huskies also won their seventh consecutive NSIC championship in 2017-8 along with the 2018 NWCA DII National Duals championship.

Sam Bennyhoff of Augsburg is a physics major with a 3.86 GPA. He has earned National Wrestling Coaches Association Division III Scholar All-America honors each of the past three seasons. Bennyhoff finished his junior season as the NCAA Division III national runner-up at 133 pounds, finishing his season at 35-6 with nine pins, seven technical falls, and nine major decisions. He won nine straight matches leading up to the national title match. He won titles at three tournaments this season, including the NCAA Division III Upper Midwest Regional, a regional title he won for the third straight year. An NCAA national tournament qualifier for the third straight year, Bennyhoff is now 93-22 in his three seasons at Augsburg, with 17 pins, 15 technical falls and 26 major decisions.

Victor Gliva of Augsburg is an accounting major with a perfect 4.00 GPA. This season, was named as the recipient of the NCAA Elite 90 Award as the student-athlete with the highest cumulative grade-point average at the NCAA Division III Wrestling National Championships, in addition to earning NWCA Division III Scholar All-America honors for the second straight year. Gliva finished the 2017-18 season with a 29-8 record, qualifying for the NCAA Division III national tournament for the second straight year, after finishing second at the NCAA Division III Upper Midwest Regional. Of his 29 wins, he had nine pins, two technical falls, and six major decisions. A 2017 regional titlist and All-American with an eighth-place finish at 125, Gliva is 61-15 in his two seasons as an Auggie, with 15 pins, six technical falls and 13 major decisions