The #17 NJCAA Itasca Vikings opened the dual season with a home win 36-21 over Minnesota West Community and Technical College.

The action started at 174 pounds. 157 pound Cody Sawyer bumped to the weight to fill the void losing by a 9-2 decision.

Dalton Barnett went out to secure the fall at 184 pounds while Alex Erpelding made his college debut at heavyweight with a dominating fall from a cross-face cradle in the first period.

Drew Vanvleet also made his college debut as a Viking by securing a fall for the Vikings following three consecutive forfeits awarded to the Vikings.

Hunter Manka at 157 pounds got caught in a three-quarter nelson and lost by a fall in the second period.

157 pound Brandon Held bumped to 165 to match up with Braydon Johnson but was cut short due to injury.

The Vikings will compete next at the Dragon Open on December 1st in Moorhead, MN. 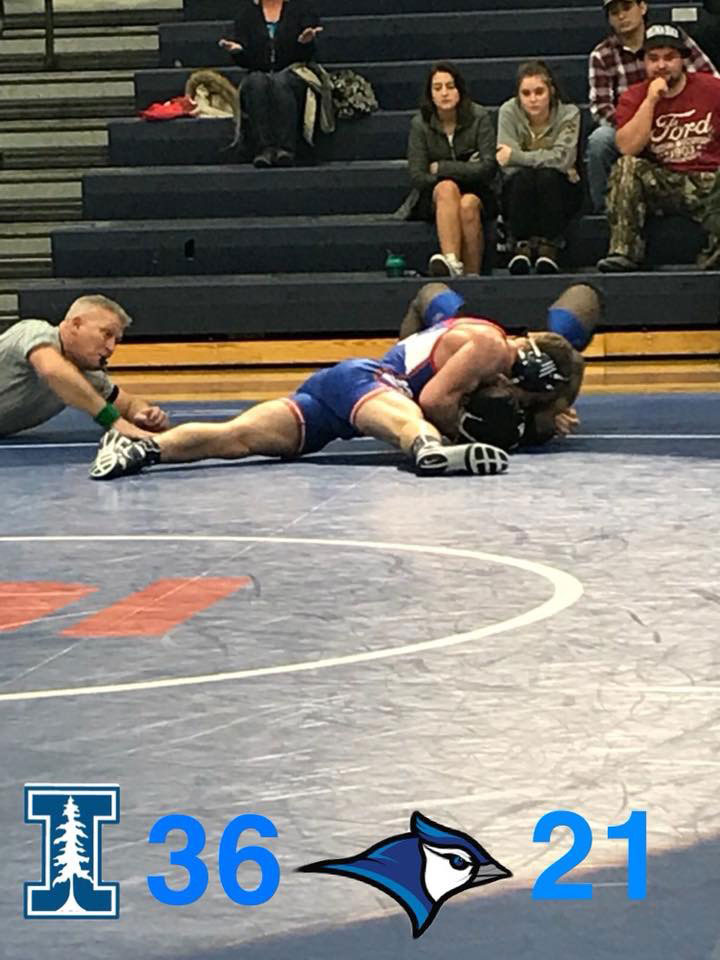 Check out Viking Wrestling at itascacc.edu.