Presented annually, this honor goes to a coach who has demonstrated outstanding effort in developing and elevating their program on campus and in the community. The coach of the year awards program is presented by Defense Soap, the official Hygiene partner of the NWCA.

This award was scheduled to be presented at the NWCA 2020 Jim Koch Division II Hall of Fame Banquet on the eve of the NCAA Division II Wrestling Championships at the Denny Sanford Premier Center. Unfortunately, the event was canceled along with the Division II Championships due to the COVID-19 pandemic.

Here is an open letter to all St. Cloud State wrestling fans from head coach Steve Costanzo from March 17, 2020.

Steve Costanzo’s resume speaks for itself.

His St. Cloud State wrestling teams have won four national championships in the past five years.

And the Huskies have finished either first or second at the NCAA Division II tournament in eight of the past nine years.

Tom Kuisle has watched a lot of wrestling matches in his 44-year career as an official.

Kuisle, who also coached high school wrestling for 35 years and is the current Mat Officials Director for Minnesota USA Wrestling, knows teams and traditions well. He’s officiated some of the top tournaments, dual meets, and individual matches for years.

When he heads to a tournament, enters the gym or gets on the mat, there are other patterns he sees too.

Some much more serious. Continue reading at www.teamusa.org 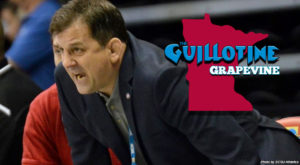 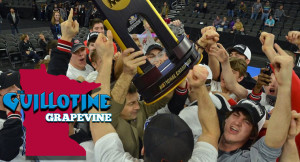