The Blue Earth, Minn. native wrestled collegiately at the University of Iowa where he was a two-time All American and a four-time NCAA Qualifier. In 2006, Eustice was a NCAA Finalist. He was also a four-time High School State Champion in Minnesota.

“I am so excited to welcome Ty and his family to Davidson, and I am confident that there isn’t a better fit for our program and our scholar-athletes,” Lausier said. “Ty’s competitive and coaching accomplishments are world-class, and he is a product of one of the greatest wrestling programs in the history of our sport. 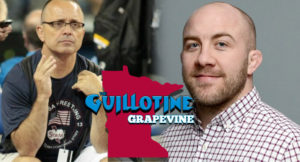 Eustice, who has spent the last five years serving with the J Robinson Intensive Camps, initially as Camp Director prior to being promoted to Executive Director, has experience at every level of NCAA wrestling, competing at Division I and coaching at Division I, Division II and Division III.

“I want to thank Jim and Kevin (Buisman) for their efforts during this process,” said Eustice. “I believe Minnesota State can win at the highest level; we have a thriving university, first-rate facilities and great people in the department. Minnesota and the surrounding states have some of the best wrestling in the country and we are going to focus on bringing in young men that want to work at the process and reach for big goals.” 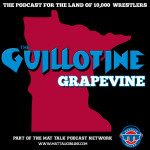 Robinson and Eustice talk about the philosophy behind the camp system and the 28-day intensive camp specifically as well as the genesis of the system when it started back when Robinson was an assistant coach at the University of Iowa.

With the annual Iowa-Minnesota dual set for this weekend, Robinson and Eustice also share a few stories about the rivalry and what each recalls from their time on each side of the battle. Eustice was a two-time All-American at Iowa.