The 2018 U.S. World Wrestling Teams in the three Olympic disciplines have set high goals for the 2018 World Wrestling Championships, set for the Papp Laszlo Sports Arena in Budapest, Hungary, October 20-28.

The U.S. women’s freestyle team placed a strong second at the 2017 World Championships, one of its greatest performances ever. The 2017 team featured three medalists, including a World champion. The USA is seeking to win the World Team title in women’s freestyle for only the second time, with its previous team title in 1999.

The U.S. Greco-Roman program, led by a group of young talents, is poised to challenge for individual medals and improve upon its team finish from recent World Championships. The USA has won one Greco-Roman World Team title in 2007. 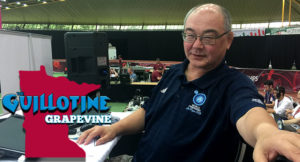